Shell has awarded the three key FEED contracts for its Rosmari Marjoram giant sour gas development off Sarawak, East Malaysia. They aim to make their ultimate investment decision as early as next year.

The development concept for the Rosmari and Marjoram gas fields in the offshore Block SK 318, envisages wellhead platforms, subsea infrastructure and a pipeline to an onshore plant able to handle 800 million cubic feet of gas per day. Total investments on the project are likely to be in the region of US$1 billion, according to Prateek Pandey, senior analyst at Rystad Energy. Samsung and Hyundai expect to take around 10 months to carry out their FEED work, plus the EPC budgetary planning for the large gas plant near Bintulu. The contracts awarded for the offshore Rosmari Majoram structures are expected to carry high local content requirements.

Gas from the Rosmari and Marjoram fields is intended as feedstock for the Petronas LNG Complex at Bintulu, Sarawak. Samsung’s contract is worth US$5 million, suggesting that Hyundai’s would be of a similar value although that is not confirmed. Worley is understood in 2019 to have reopened its office in Miri, Sarawak in anticipation of more work in the state.

The Rosmari Marjoram FEED tender process was slowed somewhat, according to informed sources, by a difference of opinion between Shell and Malaysia’s national upstream company Petronas Carigali, which has 15% equity in Block SK 318. Petronas is said to have favoured awarding a single onshore FEED contract while Shell’s strategy, which has prevailed, was to award parallel studies with the intention of giving the successful contractor the opportunity of taking on the EPC work as a follow-on contract. Shell and their partner Petronas have already made progress in streamlining development costs on Rosmari Marjoram with a concept change to the wellhead platforms and shifting most of the processing functions to an onshore plant. These initiatives mean the final investment on Rosmari and Marjoram could well be expected by the first half of 2021. 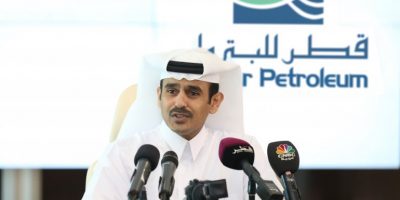 World’s Largest Offshore Windfarm Secures Base at Port of Tyne