OIL ON THE UP – HISTORIC OPEC DEAL HELPS OIL PRICES

Oil prices have increased to $33 a barrel following a landmark OPEC deal. The OPEC+ alliance initially met on Thursday via video conference. That was followed on Friday by a virtual gathering of G-20 energy ministers, who pledged to take “all the necessary measures” to maintain a balance between oil producers and consumers.

Starting in May, OPEC+ alliance countries will reduce production by 9.3 million barrels per day, ending a price war that was raging between Saudi Arabia and Russia. The U.S., Brazil and Canada will contribute another 3.7 million barrels, as their production declines, and other Group of 20 nations will cut an additional 1.3 million. The G-20 numbers don’t represent real voluntary cuts, but rather reflect the impact that low prices have already had on output and would take months, or perhaps more than a year, to occur.

After a wildly volatile market left oil prices in freefall, this deal could be the start of a stabilizing process for the oil sector. There are many variables that could change however and currently demand reduction could be as much as 35 million barrels per day. It is yet to be seen if this deal is simply a short-term solution and if more sustained long-term measures will need to be put in place.  Some expert commentators such as Amrita Sen, chief oil analyst at consultancy Energy Aspects Ltd., have stated these production cuts may need to be put in place for months in order to secure a strong environment for the oil price.

What we can be sure of is that the curbs agreed on Thursday dwarf any previous market interventions, and are urgently needed to boost the physical market for crude — trade in actual cargoes rather than futures contracts – however it seems unlikely that they will match losses from the deep slump in consumption. 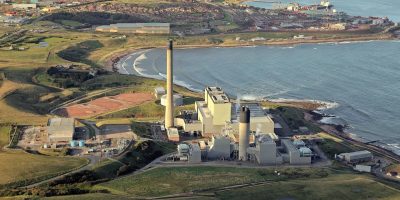 Total: a renewable start to the year