The Johan Castberg Project gets consent from the Norwegian Government. 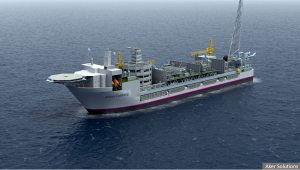 The Johan Castberg field development project consists of three oil discoveries, Skrugard, Havis and Drivis. The field is located approximately 100 kilometers north of the Snøhvit-field in the Barents Sea in blocks 7219/9 and 7220/4,5,7. The water depth is between 360-390 meters.

The volumes in Johan Castberg are estimated to be at between 400 and 650 million barrels of oil which makes this the largest new offshore oil and gas development anywhere in 2017. First oil is anticipated in 2022 with a life cycle of more than 3 decades.

Oil was first discovered at Johan Castber as early as 2011, but after the fall of oil prices in 2014-15 Statoil and its partners had to make drastic changes to the design concept and development to achieve profitability to be able to carry out the development. The original solution had a cost at approximately 12 billion dollars (100 billion NOK), whilst the new revised solution has managed to halve the price at around 7 billion dollars (59 billion NOK).

After redesign, the field will be developed with an FPSO+ production vessel with subsea solutions. From sea level the FPSO will be visible, but is it underwater the true size of the development can be seen. Castberg feature the largest subsea scope of any current project worldwide. This provides a possibility for further development and expansion upon infrastructure in the Barents Sea.

Before the redesign of the concept the project was not commercially viable due to high CAPEX of more than NOK100billion and a break-even oil price of more than $80/bbl. However, with the changes capital expenditure have been halved and will be profitable at oil prices of less than $35/bbl. The fields operating cost is said to be around 140 million dollars (NOK 1.15 billion) per year. The price for Brent crude oil, the global benchmark, was trading in the mid-$70 per barrel range in early June.

The Johan Castberg project will also spend time investigating the possibilities of using a stand-alone oil terminal on Veidnes or an onshore terminal in combination with offshore oil offloading. The difference in price between the two approaches differs greatly in cost, but an investment decision on a possible terminal is expected for 2019. 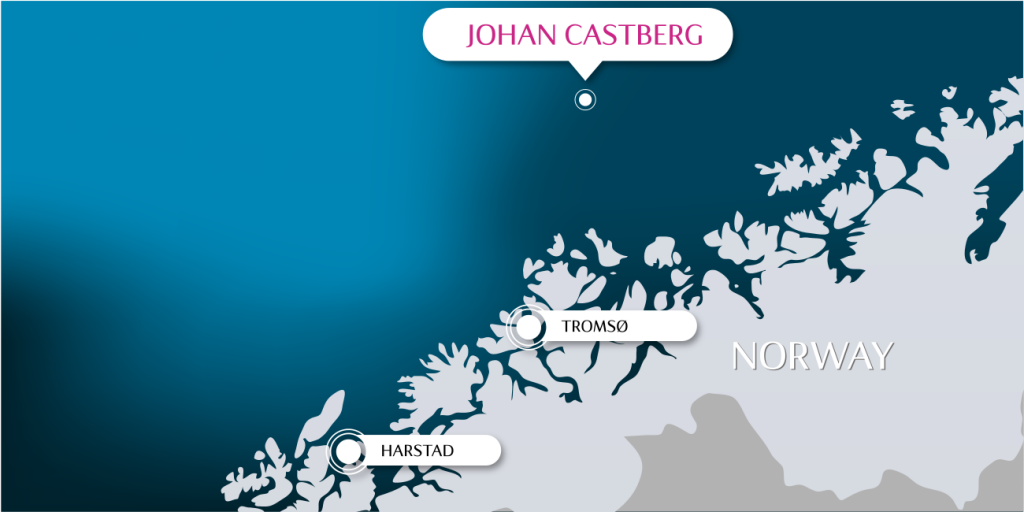 Contracts for the different stages of the projects are well under way of being handed out with Aker Solutions awarded a contract valued at NOK 4 billion for the subsea system, engineering and procurement management for the FPSO topsides. The subsea scope comprises 30 wells, wellheads, control systems, 10 templates and manifolds, two satellite structures, and tooling. Aker Solutions have begun work using their facilities in Norway, UK, India, Malaysia and Brazil. Deliveries are expected to begin during 2Q 2019 with first delivery in first half of 2023.

Norway is an important energy player as it designates nearly all of its offshore oil and natural gas production for exports to the European market. Closer to home, Equinor said the development of Johan Castberg could create about 47,000 man-hours of work for the Norwegian economy. It is also though the Johan Castberg project will create a ripple effect throughout the energy sector blowing new life into the international sector.

Mentor has some exciting potential opportunities in Europe over the next few months and we are keen to hear from experienced Managers and Engineers within the Energy & Infrastructure industries.  If you are interested in being considered for any positions arising, please send us your CV – we look forward to hearing from you (click on See All jobs).