World’s four leading subsea equipment suppliers to compete in FEED bid for Inpex’s Ichthys phase 2 development over the next four to six months. 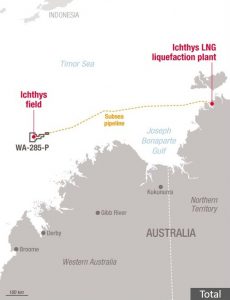 For two years, Japanese operator INPEX have been planning phase 2 of their Australian offshore gas development, Ichthys, which is intended to almost double the rate of production through the drilling of new wells, although the exact work scope is yet to be confirmed. The Ichthys initial phase had been described as “three mega projects in one, with some of the world’s biggest and most advanced offshore facilities”. The projected rates of the new phase 2 development are an increased 2.4Bcfd of gas, and the capacity of the two LNG trains is also due to increase.

The Ichthys project, operated by INPEX in partnership with Total,  involved towing the Ichthys Explorer (CPF) and Ichthys Venturer (FPSO) 3,000 nautical miles from South Korea to just 200km off Australia’s north-west coastline. Here, they will be connected during the hook-up phase to the existing 133,000 tonnes of subsea infrastructure, which will subsequently transport gas via an 889km export pipeline to the onshore LNG processing facility near Darwin in the Northern territory of Australia. The project development is forecast to have a peak production 100K bpd of condensate during its 40-year lifespan.

Following this, the final commissioning of all the new facilities is anticipated to be the most intense stage of the project with approximately 20 vessels and 2,000 labourers working offshore before hydrocarbons are prepared for first production. The gas and condensate will be processed on a semisubmersible platform that separates gas and liquids, the majority of which will be stabilised and stored on the FPSO at the site of the Ichthys field before exportation.

The four parties involved in this competition for the integrated subsea equipment and installation contract covering the subsea production system, umbilicals, risers and flowlines are McDermott, Technip, Saipem and Subsea 7. It is possible that an EPCI contractor will be chosen from these four companies by the end of 2018. The contract, which was being prepared for issue in late March this year, could be worth up to $1m, claim sources.

Mentor IMC Group provided over 100 specialists and engineers to the initial phase of the Ichthys project starting in 2010, including Managers and Supervisors, during the FEED , EPC, and Commissioning stages. Please send us your CVs to be considered for all future opportunities! 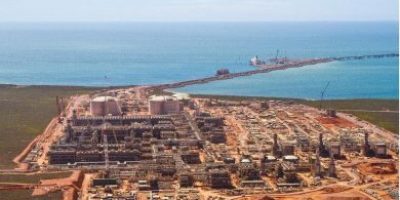 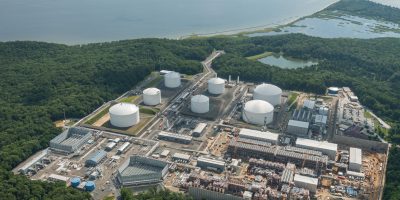