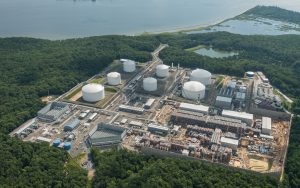 Cove Point LNG export terminal is located on the Chesapeake Bay in Lusby in the state of Maryland. It was formerly an import-only terminal that Dominion converted to also include the new export facility.

Construction of the export facility began in 2014 after three years of local, state and federal permit reviews. The Cove Point LNG project is a $4 billion investment by Dominion and its largest project ever.

The first LNG cargo from Cove Point LNG arrived at the Dabhol regasification terminal in Maharashtra in India on Friday from the US. The shipment is the first of a $32 billion supply deal for 20 years that Gas Authority of India Ltd (GAIL) signed with Dominion Energy.

The agreement is a take-or pay contract. In accordance to the agreement GAIL will be receiving 22-24 shipments per annum until a breakwater facility is installed and built in the port. Once completed, GAIL will be increasing the shipment to 80-90 shipment per annum.

A second long-term, 20 years contract has been signed between Dominion Energy and a Japanese joint venture of Sumitomo and Tokyo Gas. Under the contracts both customers are responsible for procuring their own gas and pipeline transportation.

Cove Point LNG has been authorized to export up to 0.77 Bcfe/d, or approximately 5.75 Mtpa and are expected to be operating at maximum capacity. As part of the US’ largest natural gas storage system, it includes 14,800 miles of natural gas transmission, gathering and storage pipelines, and a distribution system that can serve 2.3 million customer accounts in 5 states.

Congratulations to the Mentor IMC staff whom supported the Cove Point LNG project for four years through its commissioning phase. 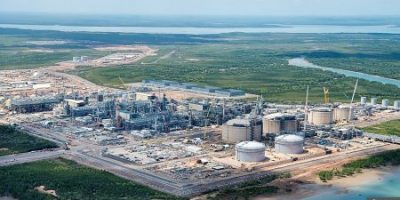