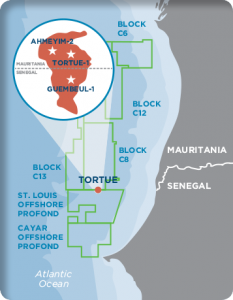 TechnipFMC has been awarded a front-end engineering design (FEED) contract by BP for the floating production storage and offloading (FPSO) unit for the Tortue/Ahmeyim Field Development, a major LNG project. The field is located offshore on the maritime border of Mauritania and Senegal, in the C-8 block off the shore of Mauritania and the Saint-Louis Profond block offshore Senegal.

Tortue/Ahmeyim Field Development is a major LNG project and was first discovered by Kosmos Energy in December 2016. BP currently has the largest investment (~60%) among the four partners in the project.

It was confirmed earlier this year that Houston-based company McDermott and BHGE won the FEED contracts for the West-African FLNG project. Whilst McDermott have been awarded the rights to define the subsea umbilicals, risers and flowlines scope, Baker Hughes will be concentrating on the subsea production systems. The two will be working together on a first phase development of an initial four wells, due to be completed by the end of the year in the former’s Epsom, UK office. Turnkey engineering, procurement, construction and installation deals are now highly anticipated as pre-FEED and support services conducted by KBR and the contract with CH2M for marine engineering support, both awarded last year, are near completion.

McDermott plans to employ the PLM (project lifecycle management) module from Gemini XD, their new digital platform, in order to deliver advanced technology through the execution as well as modernised project management, thus ensuring BP and partners’ success. BHGE’s Vice President for Subsea Production Systems and Subsea Services has announced: “We will be working closely with BP and McDermott on this strategically-important gas project that will benefit from our extensive knowledge of deep-water, large bore gas technologies and FEED capabilities”. The company’s RealTrack digital collaboration tool offers live reporting of project schedule progress, issues management and document status, improving the efficiency of the project as it optimises operations, plans for changing requirements as the project evolves, and swiftly responds to arising issues.

Concerning the project development, there are few facts known to us about the Tortue project specifics at present. The VLCC (very large crude carrier) will be capable of transporting 500 MMcft of gas per day and 20K bpd of liquids. The field itself (Block C-8 off Mauritania and St Louis in Senegal, operated by BP with a 60% interest) contains an estimated 15 tcf of recoverable gas. As for the subsea infrastructure, it will initially be designed to connect the four wells to an FPSO via production pipelines, proceeding with the removal of liquids before the gas is transported through a pipeline to the floating LNG hub terminal where liquefication will occur.

Last month, the Mauritian and Senegalese governments signed an agreement allowing Tortue to progress towards FID, which BP and partner Kosmos aim to reach on the first phase of development before the end of the year. Consequently, their goal date for first gas has been set to 2021. The ICA (Intergovernmental Cooperation Agreement) provided for the gas field offered an initial 50/50 split of resources and revenues, a share that both countries eventually agreed to despite Mauritania’s original opposition in 2016 when this share was proposed by Senegal’s state-owned oil company, Petrosen. Being located on the maritime border of Mauritania and Senegal in the offshore block C-8, this major gas project was always going to cause political controversy when it came down to deciding how to divide the resources and revenues.

Vinci Group is present in 43 countries in Africa with more than 13,000 employees in 2017. Vinci has been working in Africa for 68 years.

With the market developing significantly in both East and West Africa, candidates with FPSO and Africa experience will be highly sought after to fill positions on projects, so please ensure that you send us your up-to-date CV to be considered! 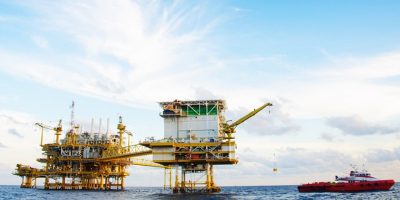 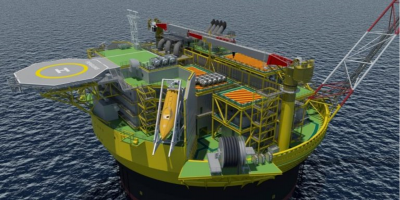