Investments in offshore wind power – a sector in which Europe leads the world – reached record levels in 2016. And VINCI Energies is contributing to the accelerating deployment of this energy resource.

Last year, according to a report by WindForce, Europe implemented more than 1,550 megawatts (MW) of wind power, with Germany (813 MW), the Netherlands (691 MW), and the United Kingdom leading the way (56 MW). At an international level, offshore wind power was the only renewable energy source in which investments increased in 2016, making it a record-breaking year in that respect. Again according to WindForce, no fewer than 338 offshore wind turbines were connected to the grid in 2016. The benefits of offshore wind power are not negligible: thanks to stronger and more regular winds, offshore wind farms produce up to 75% more energy than their onshore counterparts.

European governments are aware of the potential for wind power and they need to increase the renewable energy share in their energy mix; accordingly, they have set ambitious objectives. France, endowed with four major seaboards and access to ocean resources, aims to implement 6 GW of offshore wind power by 2020, an objective set out in the Grenelle Environment Forum. The United Kingdom aims to implement 14 GW by 2021 while Germany is targeting 25 GW by 2020.

“For instance, connecting an offshore wind farm to the network is more complex than connecting an onshore facility,” states Andrew Mottershead, Global Business Development Manager at Mentor IMC Group, a VINCI Energies business unit. “We have a great deal of experience in offshore oil & gas. While this sector and wind power are very different, they share some features in terms of marine works and skill sets.”

In Germany, VINCI Energies, via Mentor IMC Group, is participating in Wikinger, an offshore wind farm located in the Baltic Sea that will include 70 wind turbines with a capacity of 350 MW. Mentor IMC Group was awarded a contract to provide expert assistance as part of the project to develop the wind farm. “The contract covers substations at sea, wind turbines, undersea cables, and an onshore control room,” says Andrew Mottershead.

In France, Mentor IMC Group will participate in the Saint-Brieuc offshore wind-power project off the coast of Brittany. Approximately 496 MW will be implemented by 2020, thereby increasing the renewable energy share in France’s energy mix and helping the country reach its set objective. 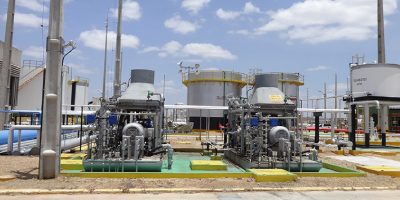 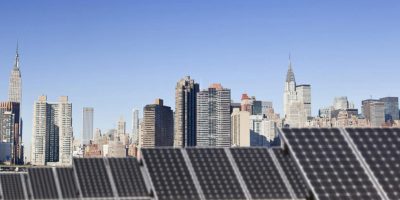 Brooklyn residents involved in scheme to sell their own energy