Brooklyn residents involved in scheme to sell their own energy

Blockchain technology could be as big a revolution as the internet, and the household energy market is right at the forefront of it. The trendy New York neighbourhood of Brooklyn is the testing ground for a peer-to-peer electricity system.

The first practical applications of blockchain, the system that underpins the bitcoin currency, look promising and are already helping to solve certain conundrums relating to “clean” energy supply.

The start-up TransActive Grid set up a system this spring in New York’s Brooklyn neighbourhood to enable consumers whose homes are equipped with roof-mounted solar panels to sell their excess energy to their neighbours, without intermediaries.

The home electricity producers set their prices themselves

The equipment transmits the number of electrons generated in real time to the IT system, this data is then registered on the blockchain. Households wishing to buy electricity connect to the platform of this secure log, select the amount and price that suits them best, then validate the transaction. It’s as easy as buying groceries!

The home electricity producers set their prices themselves according to what kind of profit they want to make or whether or not they want to offer preferential rates to lower-income households. This peer-to-peer grid is fully secure thanks to the decentralised nature of blockchain technology.

A blockchain is a record of transactions comprising unique identifiers – a sequence of numbers and letters – which are generated mathematically following a highly complex “mining” process. To validate a transaction, each identifier must be confirmed by the relevant computers using a synchronisation principle. This decentralised system of energy generation is highly resilient in that it can potentially protect households in the event of severe weather conditions and natural disasters. New reality Big utility companies will have to adapt to this new reality sooner or later.

At present, energy generated by utility grids cannot be exchanged, but peer-to-peer transactions are on the horizon. “There’s an opportunity for big suppliers to evolve their business models to include blockchain” explained the CEO of TransActive Grid, Lawrence Orsini, to the Fast Company website. The rules of free market are clear: “You can pay anybody anything you want for whatever they have. It’s not a transaction across the utility grid, it’s happening above the utility grid between people. Until the policy changes, you’re not going to be able to transact that through a utility grid.”

Other tests of the same kind have been undertaken in recent months in Europe, for example the Grid Singularity and SolarCoin schemes. Besides being used in the energy sector, blockchain is also now being applied in a number of other sectors and particularly in banks, whose original role as intermediary in financial transactions will undergo a step change. 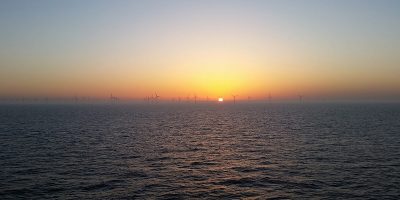