UK company Xlinks is planning to build a 10.5GW wind and solar complex in Morocco and sell the electricity generated by this very large plant to the UK. A 3,800 km high voltage direct current transmission line will connect to sites in Wales and Devon.

According to the developer, the transmission line would comprise four separate cables and would be the longest submarine power transmission link in the world. UK-based Xlinks plans to build a 10.5GW renewable energy complex linked to 5GW/20GWh of storage in Morocco and connect it to the UK power grid via a 3.6GW subsea cable. Xlinks plans to deploy the project, which would include 7 GW of solar capacity and 3.5 GW of wind power in Morocco. Xlinks plans to hold tenders around the world for the construction of the project and expects to have the first 1.8 GW cable in place by early 2027 and a second cable two years later.

The so-called submarine cable will cross international waters and dip into the territorial waters of European countries such as Portugal, Spain and France four times, which the promoter expects will make it easier to obtain construction permits. Regarding its deployment, the route that has been considered is the shallowest one, i.e. 700 metres.

Moreover, Xlinks plans to sell the electricity to the UK grid under a contract for difference. As such, the company plans to inject electricity into the UK for a CfD price of around £0.048 ($0.67)/kWh, which would be a little more than the £0.040/kWh or so of the current offshore wind tenders. The project would be worth around £18 billion. All of this is to help further the penetration of offshore wind which is an issue these days but also to contribute to the overall decarbonisation of the country of Morocco.

Register your CV with us today and be the first to know about new opportunities coming. 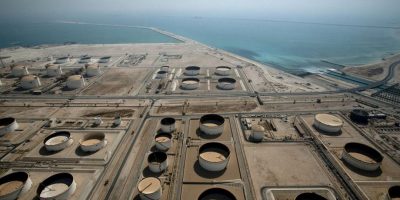